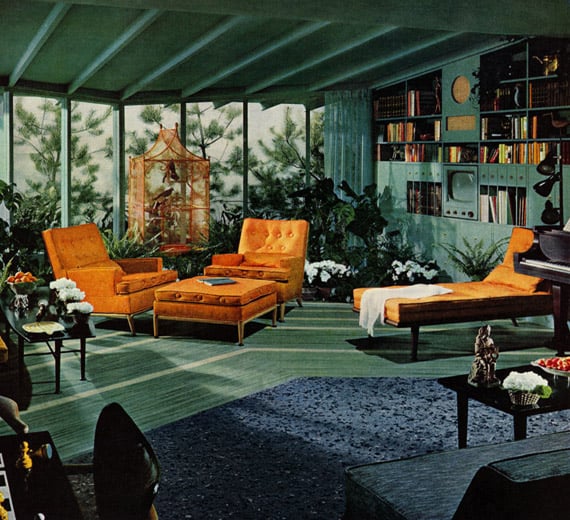 If you travel to the south-west of France, you can visit the site of the world-famous Lascaux Caves. On the walls of these caves are paintings dating back as far as 17,000+ years ago. These and other rock paintings, rock carvings (petroglyphs) and sculptures made from the rocks themselves, called relief sculptures, as well as artfully woven baskets, mats, and decorated pottery are all examples that interior design has been alive and well for millennia.

The idea of interior design as a concept or profession didn’t come to pass until the 1900s, however, home design certainly existed before then. Prior to the middle ages, we know ancient Egyptians, Greeks and Romans used beautiful architecture – some of which can be viewed and toured today – that involved artistic and ornate tile work and paintings. However, this level of showy design, or architecture as art, was largely limited to churches, important government buildings and the homes of the wealthy.

The idea of “interior design for the wealthy” continued through about the 18th and 19th centuries when innovation made it easier to produce mass goods.

The information we have about interior decoration during the Middle Ages and through the beginning of the Renaissance is scarce, pieced together from bits of archaeological evidence and surviving manuscripts. Most people lived predominantly in hut-like structures built from materials foraged in a particular region- rocks, mud, peat, grass, etc.

Woven wall hangings and rugs were often used on the walls and ceilings, as well as the floor, to act as insulation as well as decor. This was the period when Gothic architecture came into be and furniture and furnishings were often made from carved pieces of heavy wood.

The last decades of the Middle Ages were shrouded in doom and gloom, largely the result of the Black Plague. When things returned to normal, western civilization entered a period of Renaissance – when art, music and literature were celebrated. Artists and scholars drew much of their inspiration from “The Classic Orders” of antiquity and Renaissance architecture reflects this.

The Catholic church was a significant influence so much of the art, frescoes, tapestries and wall hangings from this period reflect biblical stories or depictions of famous saints. During this period that average residences went from largely open floor plans to designs that included specialty rooms, like dining rooms, libraries, and reception areas. Because it took so long to construct larger buildings, they often reflected multiple influences – Renaissance through the Baroque period.

The Baroque style was found predominantly in areas like Italy, Austria, parts of southern Germany, Spain, and Portugal where the Catholic church continued to have a strong influence. Specific Baroque expressions varied by geography. During the same era, Rococo style became popular in more secular regions of Europe, like Austria and north Germany. It was lighter, more fun, and frivolous.

The 18th Century and Beyond

By the 1700s, interior design was increasingly popular in the average home. Modern innovations made it easier and easier for “commoners” to acquire art, fabrics, and other materials, though most home decor was made by the occupants or traded/bartered for with others in the community. The industrial revolution and enhanced mechanization during the 1800s made it even more accessible for middle classes to enjoy the benefits of stylish interior design.

Now, modern homeowners have the luxury of changing their interiors – fairly effortlessly – every decade or so, which was relatively unheard of prior to the 1900s.